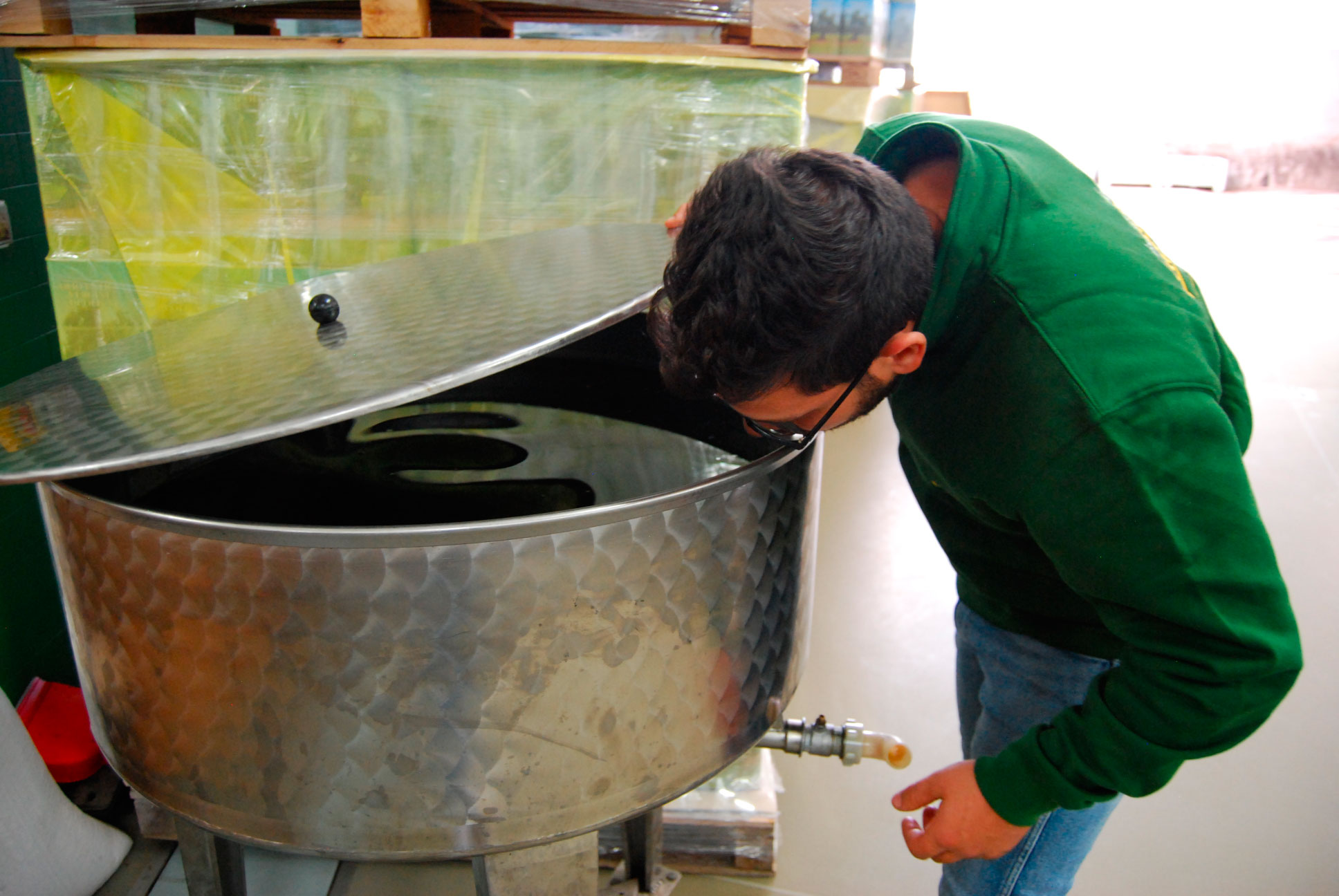 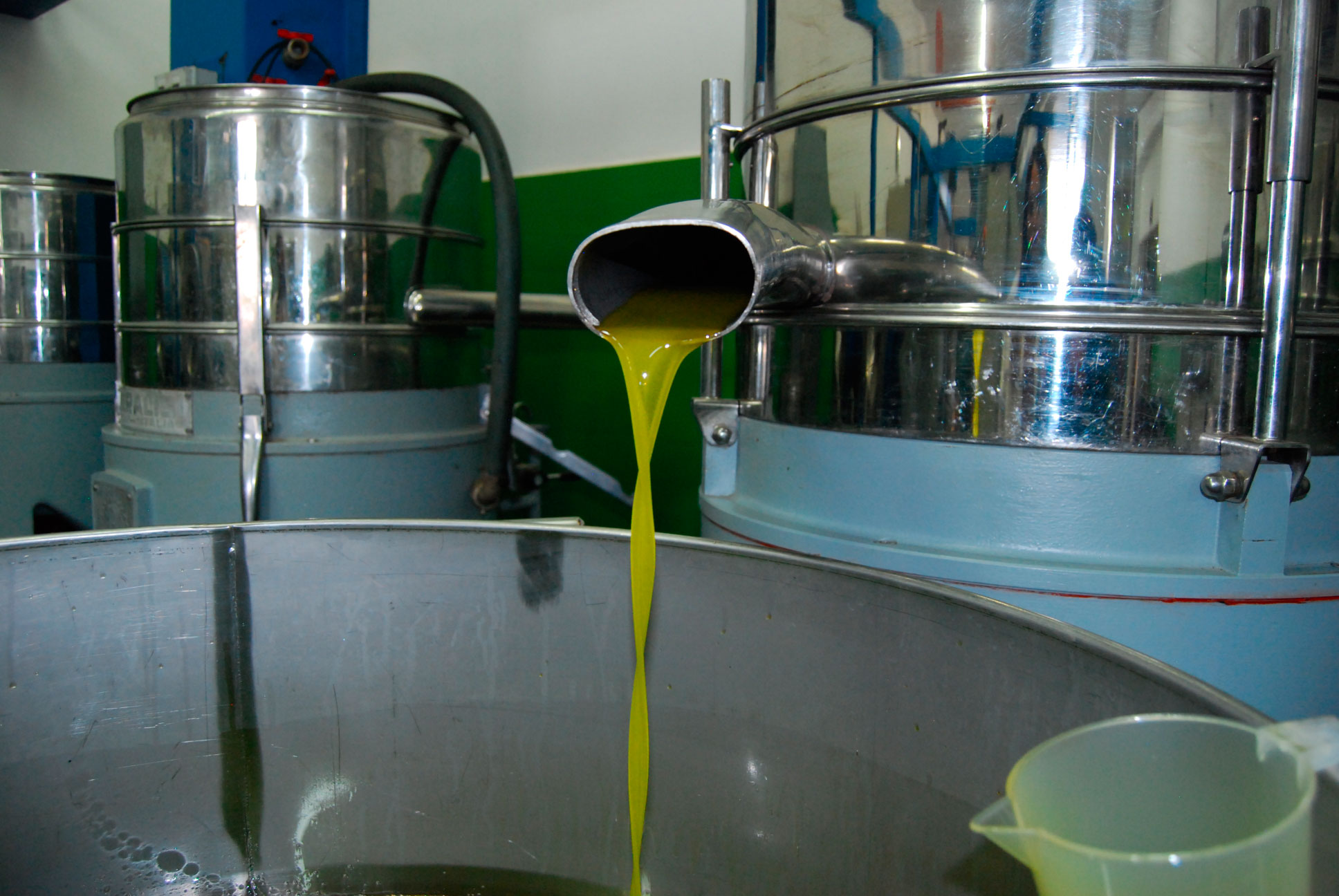 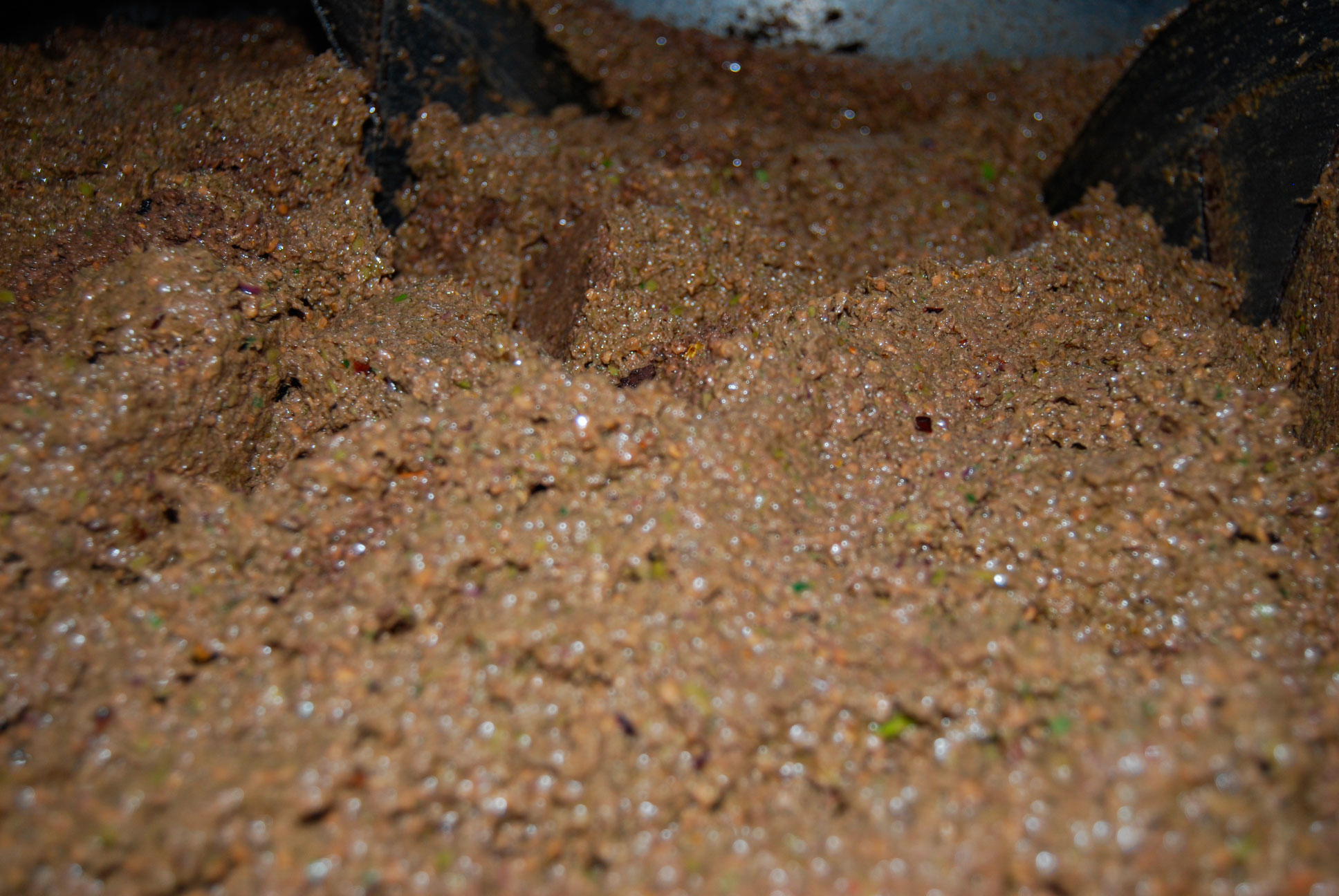 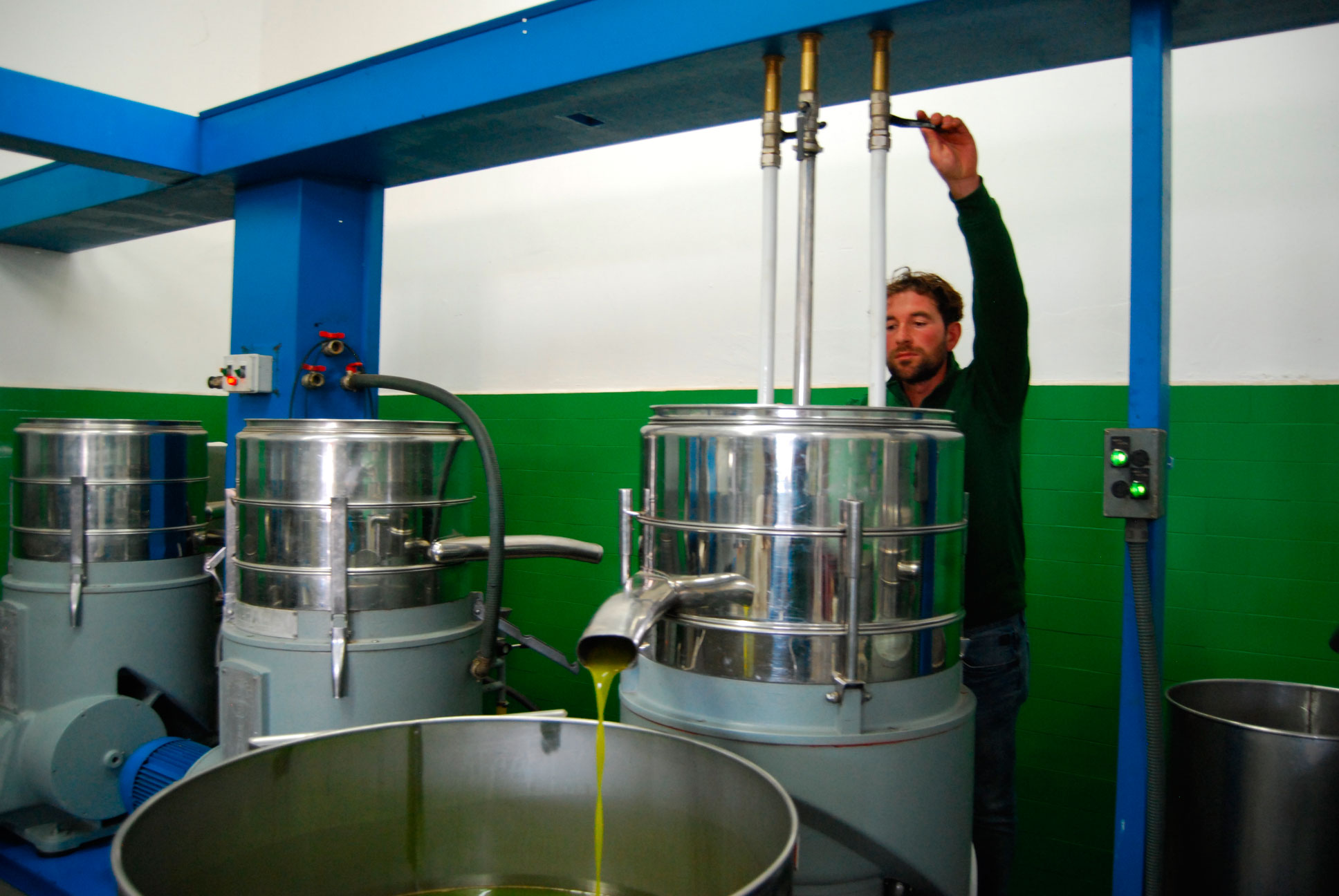 I am very finicky and my motto is: „Excellent products for the most demanding palates.“

Upon his return from Australia during the first post-war years , our grandfather Gennaro dedicated himself to cultivating fruits and vegetables off our land. He grew the native and ancient variety of tomatoes „Regina“, olives for oil production and for the table, grapes for wine, figs and almonds. He also bought one of the first trucks in the area for transporting these precious wares.

One day, in the early 1950s as he was travelling with a friend to Calabria to sell his agricultural products, he saw a traditional oil press that was up for sale. In that moment , he fell in love . He had been working in an oil press of a well known Masseria (farm house). From then on, oil pressing became grandfather Gennaro’s main work. He employed several workers called „nacchieri“ and his four sons : Cataldo,Giuseppe, Vito and Domenico.

As difficult years for the local economy ensued, the four sons decided to leave Italy. However, Giuseppe and his older brother who had emigrated to Switzerland, saw that their father could not run the company alone without risking closure, so they decided to return home to help him. Giuseppe proved to be bold and forward-looking, and managed to save the company by creating new sales channels at both the local and national level. By 1974, his father left him the Company.

In 1984 Giuseppe decided to install a new oil extraction system consisting of a continuous cycle line in which all parts that were in contact with foodstuff were made of stainless steel. This was his „future“ but at first it was not easy to introduce this innovation to the local farmers. In due time, however, it proved to be the best choice for obtaining a decidedly better quality of oil product.

In that period, Giuseppe meets a woman that was to become not only his wife but also indispensable for the growth of the company. She first took care of the accounting department and then partnered with her husband in making the important decisions for their life and for their company. Three children – Giusepppina,Gennaro and Quirino are born and are taught from the beginning to respect and love nature. Dad Giuseppe patiently teaches his sons Gennaro and Quirino the tricks of the trade. During his years of work , Giuseppe fought to limit the use of pesticides in agriculture which brought him often into conflict with local farmers and led to some loss of work when they refused to bring their produce to be milled at his press. It seemed to be a sort of „defeat“ but in fact , after twenty years of using pesticides and of abusing the land, Giuseppe’s theory turned out to be right making agricultural producers rethink their harvesting methods.

In 2015, after all his children had finished their education, Giuseppe decides to transfer the ownership of his company to his two sons. The company „LATARTARA Srl“ is created and consists of a modern oil mill, of the management and maintainence of agricultural lands, public and private green areas as well as of the creation of private gardens. The two sons dedicate their time and passion in the various activities of the family company as well as for third parties whilst the company remains under the management of their father Giuseppe.

In 2017, Giuseppe hands over the management and running of the company to his sons, assured by their committment and competence. The younger son Quirino decides to double the production capacity of the oil mill and installs two new production lines that guarantee the cold pressing of olives at less than 27 degrees in the shorest time possible ,ensuring the preservation of the organoleptic and sensory characteristics of the milled oil.

The story does not end here however : Gennaro and Quirino follow in the footsteps of their deceased father and continue to update themselves in order to give consumers top quality products . For this reason the company has now started organic agricultural production, organic olive milling and oil production.

We invite you to taste our products – you will savour the unique fragrance and taste of our beloved land, Apulia, which is caressed by the sea and cuddled by the sun!

PASSION AND QUALITY AT YOUR SERVICE!